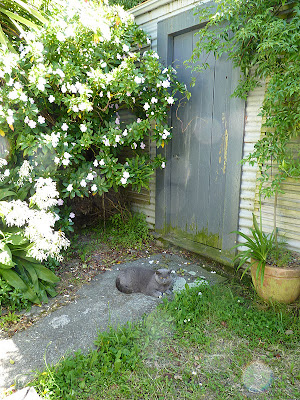 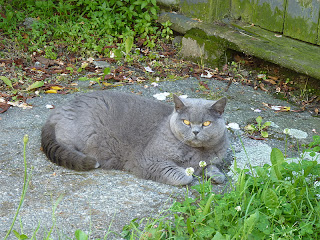 Today we woke up and the weather wasn't so summery, in fact it was raining steadily and a little bit chilled.  Mum was annoyed as it was the day of the Thorndan fair which mum always attends with her friends.  She still managed to buy a summer hat and some little pictures, just a couple of treats.

Last nights earthquake was the biggest one in our region for 45 years, but luckily there were no injuries reported and only a small amount of building damage.  New Zealand is in the ring of fire,  and there are approximately 15,000 recorded in our country every year.  It was a bit of a shake and rattle and mum and her friends had to grab the seats in front of them.  Some people raced out of the stadium, but we stayed put.  We were thinking of all our friends in Christchurch who are still trying to cope with the aftermath of two huge earthquakes, a 7.1 in Sept 2010, and a more devestating one of 6.3 in Feb 2011, in which 181 people died.

In Wellington where we live, the city has a major fault line through the middle of the city, and everyone expects that a big one will strike sometime.  Mum and I though are prepared, she has lots of food and water stored for us to eat up, a radio and candles and all the essentials the civil defense recommend just in case.

Have a good end to your weekend everybuddy.
Posted by Poppy Q at 6:57 PM