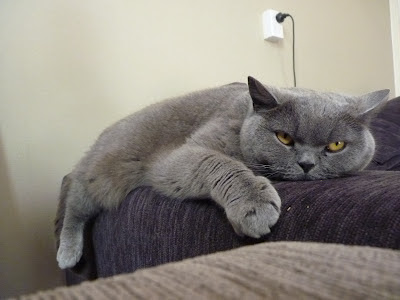 Yesterday, in the middle of the pile of bills was a letter/note.  It was from a young man who lives in the house two doors down from us.  It was to advise us that on Saturday week, the flat was going to be having a party with not one but three bands, and could the neighbours resist from ringing noise control at the council, as the music should be nice and we could always attend if we wanted.

Although mum admires his manners for at least giving notice of the impending entertainment, mum is seriously thinking of popping a note back in his letter box.  She would like to thank him for his manners, and hopes that would extend to being a good host to his guests and keeping them in line within the house.  She would also hope that he would consider the young family with a child on one side of their house, the pensioners on the other, and the family and hospital workers that surround their flat.  That maybe an inner city venue would be more suitable for a three band party, but that mum thinks their is no harm in enjoying themselves til midnight.  But, if the guest extend out onto the street breaking bottles (as they usually do), urinating, vomiting and graffiting the neighbourhood - then all bets are off and the noise control and police are only a phone call away.

Does that sound like mum is a grumpy old lady?  On that particular night mum is out for most of the evening, but will be sure to have those numbers on hand when she gets home.