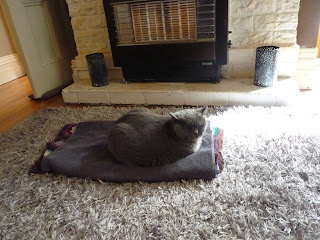 The pull of the shops has been STRONG for mum this weekend.  She thought that yesterday afternoon she would head into town and mosy around.  But she resisted and did some gardening and watched DVDs instead. 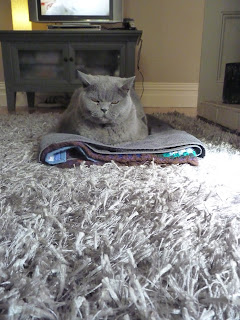 Today she still had the urge, but resisted again.  She got three big bags of garden waste collected and some washing done.  She is trying to budgetise, and popping into the shops will just make her spend money on things we don't need. 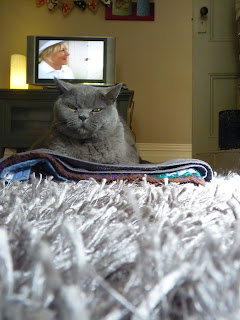 Mum couldn't resist the internets though.  Is it bad that she bought three necklaces last nite?  They were in a sample/seconds sale from a Kiwi artist she likes, and the tree cost her less than one necklace would in the shops. 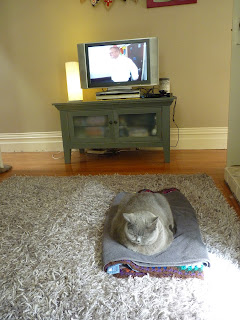 Me - I spent no moneys.  I just followed mum round the garden, and then come inside with her and snoozed on my new winter bed. 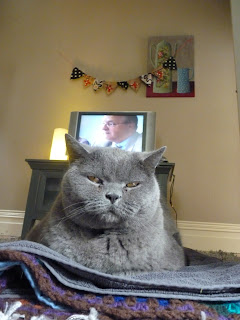 No treats for me - although mum let me have a chicken drumstick to chew on while she was cooking dinner. She thinks that I just lick it for a couple of minutes, and leave it in the garden for the neighbours cat.
Posted by Poppy Q at 6:03 PM