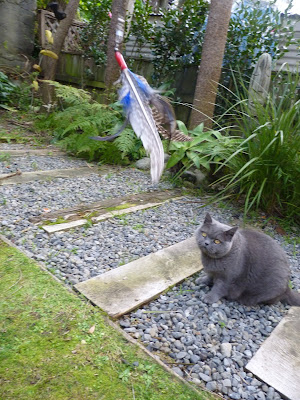 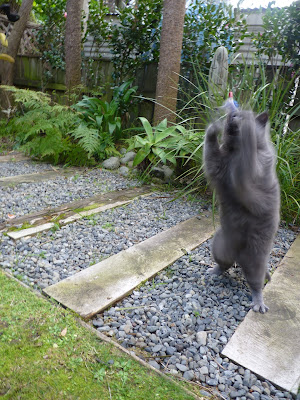 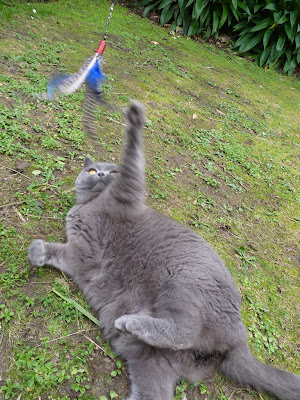 We wish we could say it was a swarm of da birds that we are talking about today.  Even a swarm of bees might be better, but we had a swarm of earthquakes.  Mum finished nightshift this morning and was getting breakfast in the kitchen, when it went a rocking and a rolling.  Nothing was hurt and it only lasted about twenty seconds.  We then had another couple of big ones, and something like thirty already today, but not so noticeable.  Again, no injuries or damage anywhere - so don't you worry.

Mum had a nap, but she slept with some pants and a tshirt on in case there was another one, and any noise kept waking her up.  So she got up at 1pm, and she did some gardening and household chores.  Then she thought we would have a play outside with my da bird toy.  So I'm a bit worn out - time for  a nap.

We had another big one tonight - 6.8 which was kind of scary.  Mum and her friends are all ok, although one has lost power at her house.  She has the power back on now, so is ok.
10pm - we are having lots of aftershocks, about every two minutes or so.  So many, that it takes a big one for Miss Pops to even stick her head up.
Posted by Poppy Q at 4:18 PM