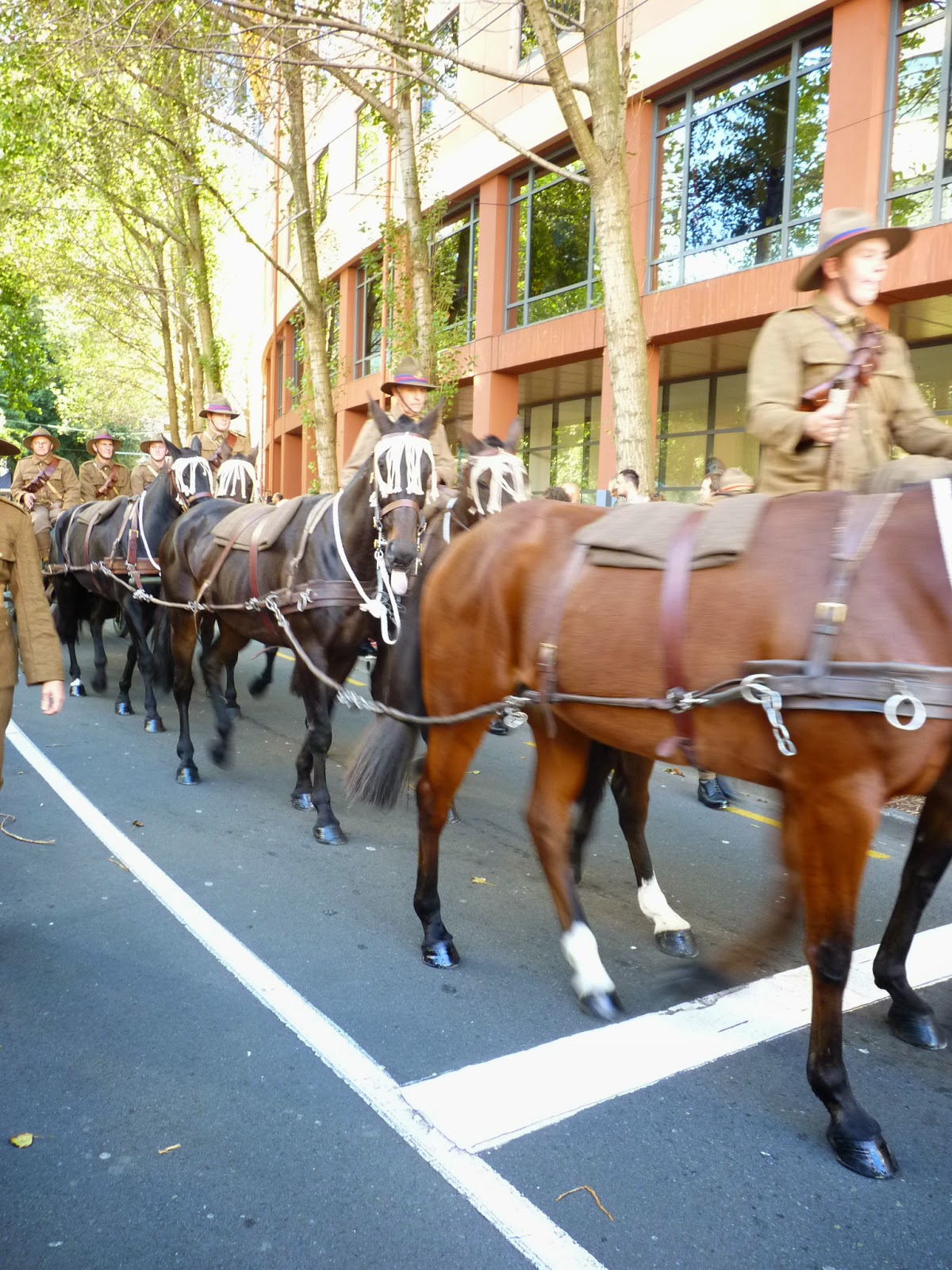 Today was a glorious day in the capital city.  The sun was shining and it was warm for late autumn.  Lovely!  There was an ANZAC day parade through the centre of town.  Traffic was stopped and the streets were crowded with people.  There were horses with riders. 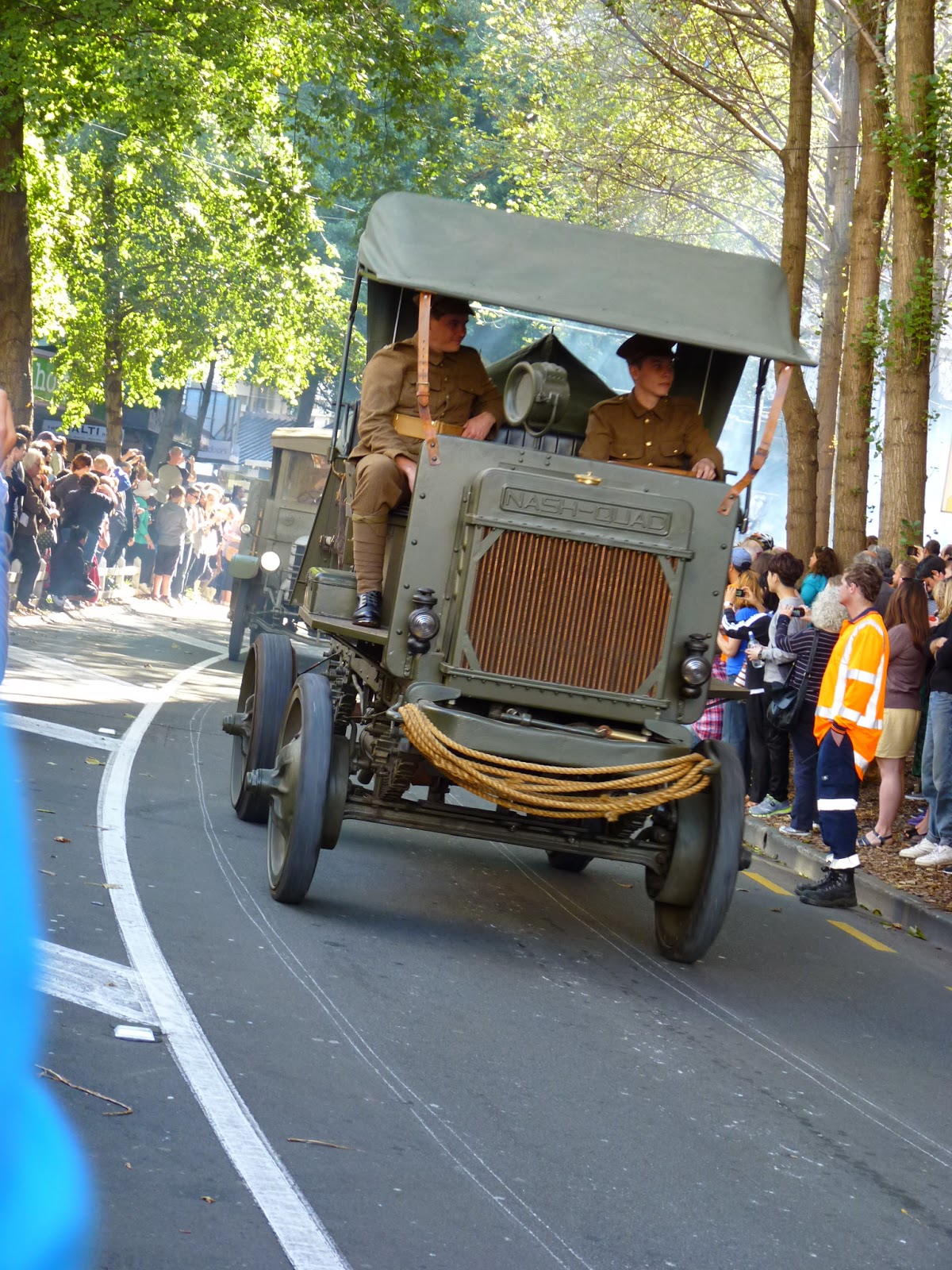 A big collection of world war one vechiles owned by Peter Jackson, bought into town specially. 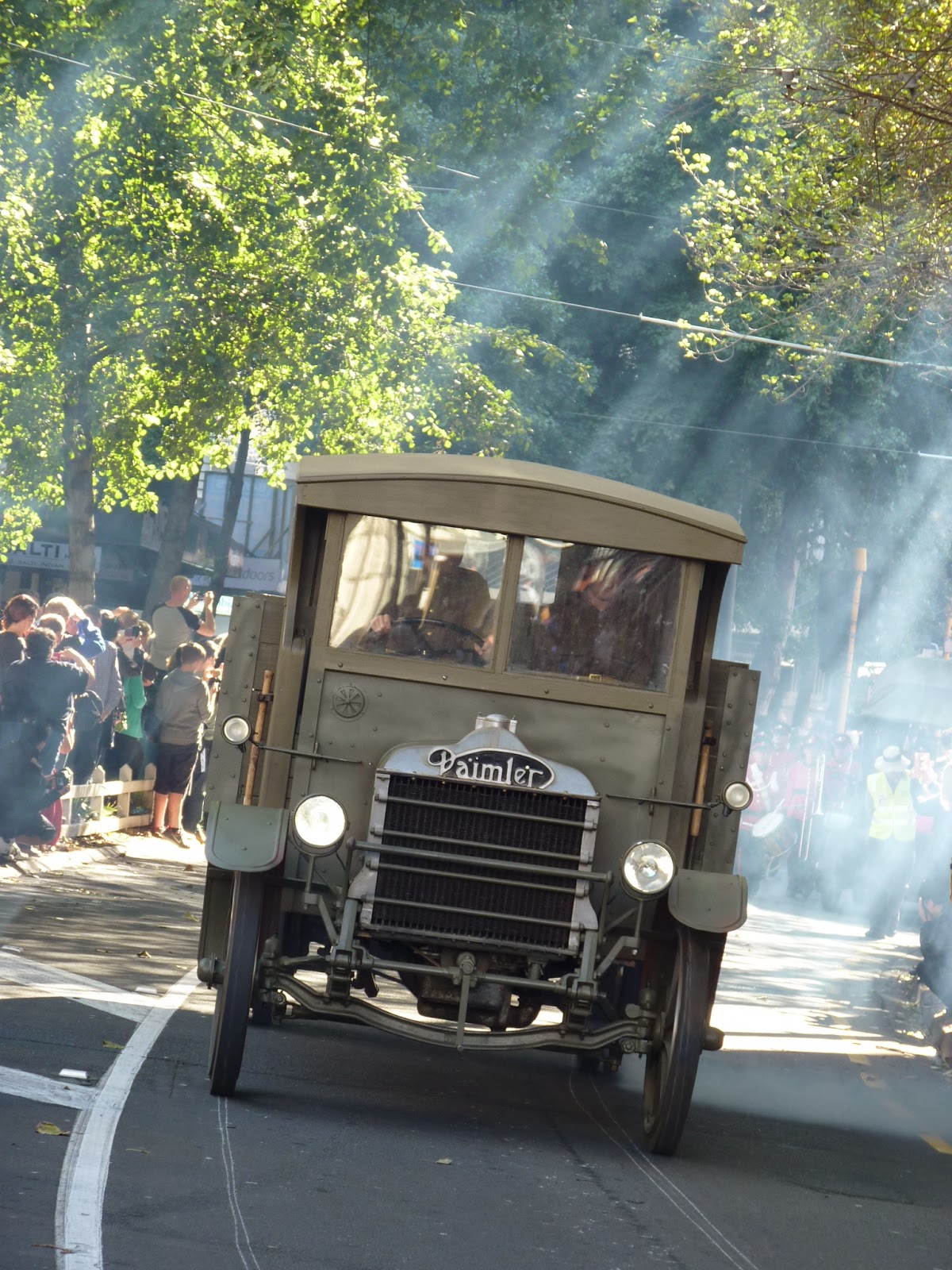 One broke down near us and had to be pushed to the side, but got started later. 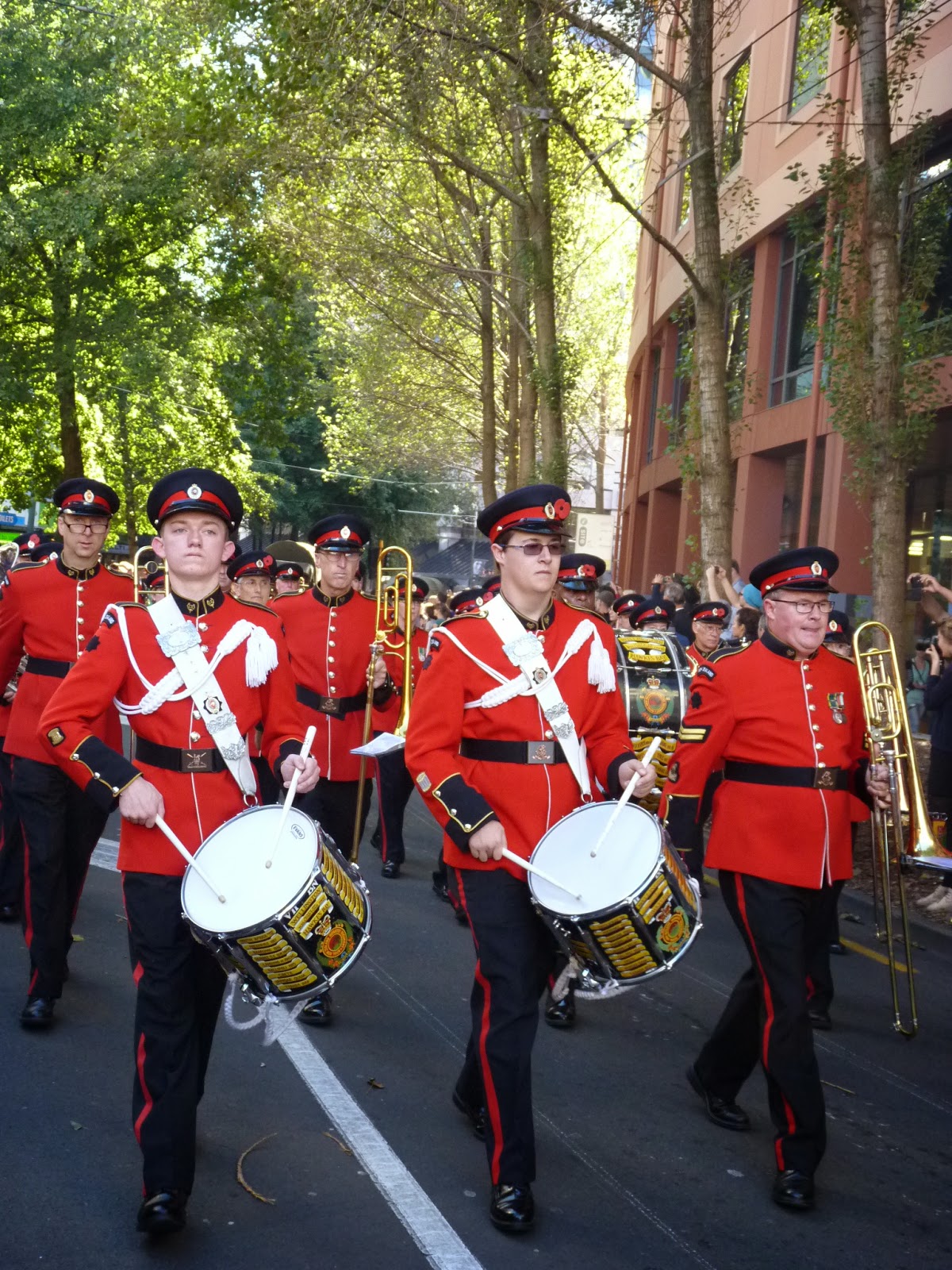 There were a variety of marching bands and soldiers marching, cheered on by the crowd. 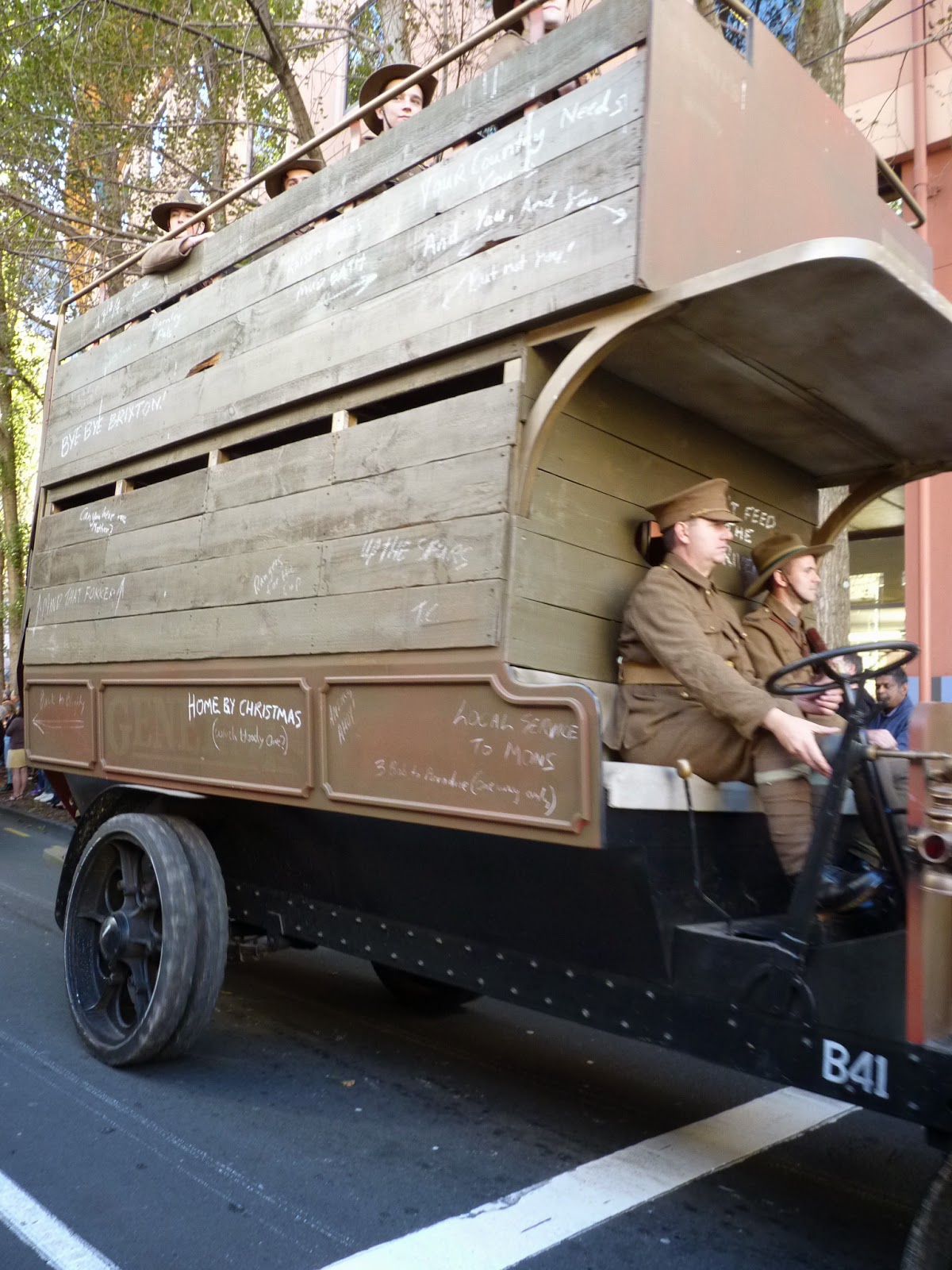 There were even double decker trucks filled with soldiers in replica uniforms. 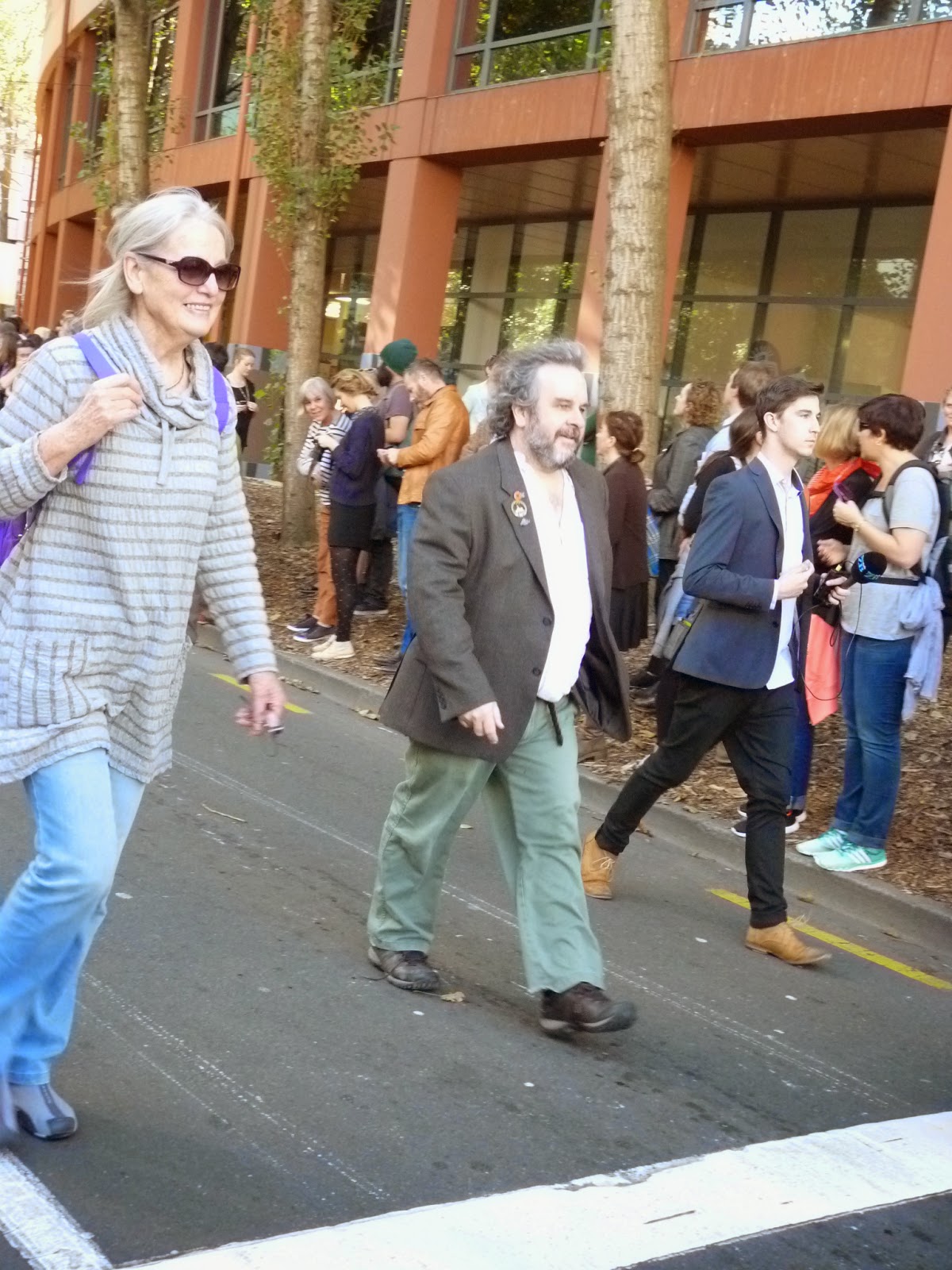 Peter Jackson marched at the back and got big cheers from the crowd.  This is is home town, and from what the mumster can gather, has put a lot of his own money into supporting the ANZAC celebrations.  Mum then went down to the other end of town to meet her lovely nephew Bud, who has travelled down for a little holiday with his aunty. 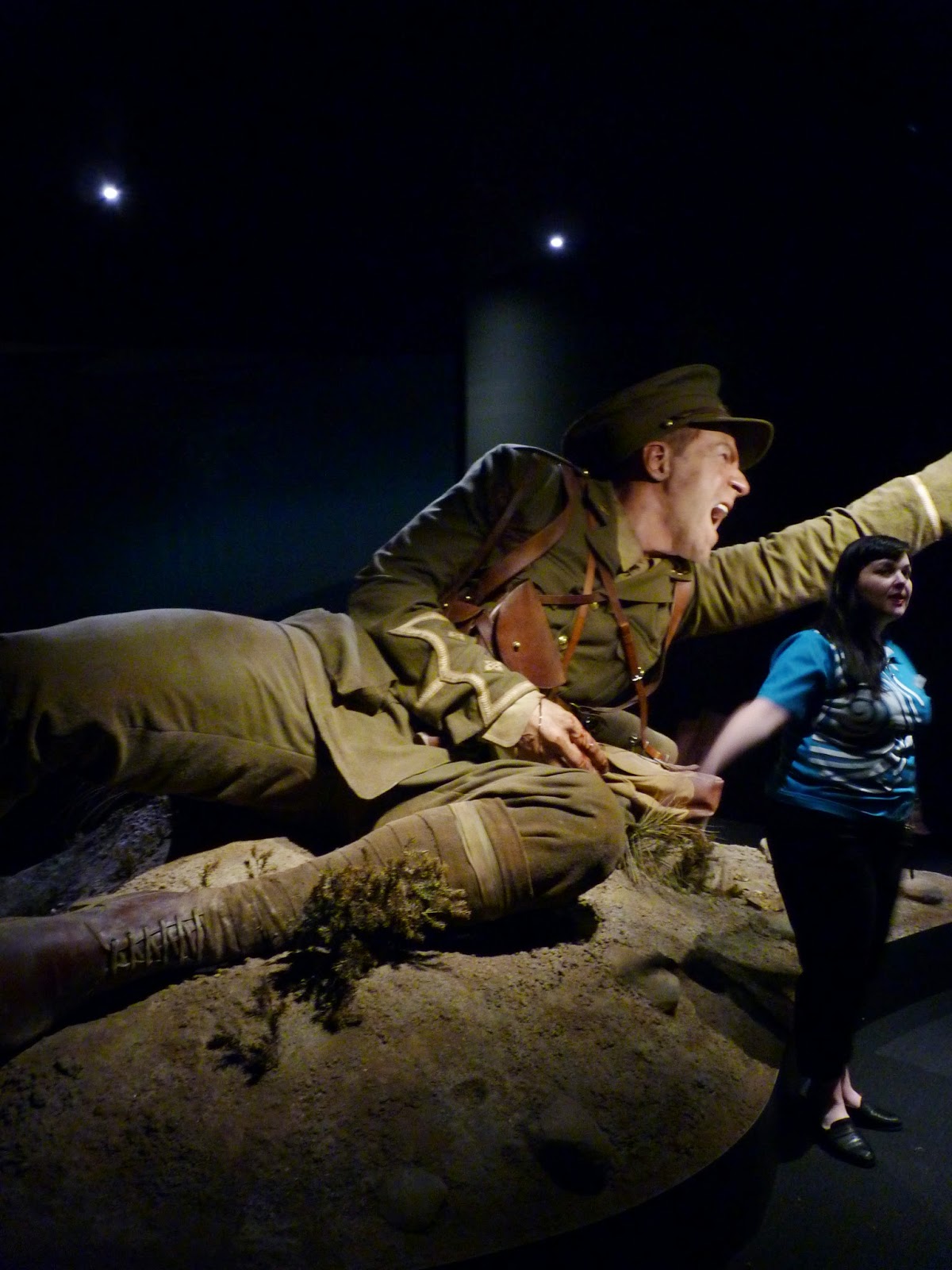 We saw the Weta Workshop designed show The Scale of Our War at Te Papa which was amazing.  It was an hours wait in a long long line to get in, and while we were waiting we had a rather large 6.2 earthquake, which was a bit scary.  The Te Papa museum is one of the safest buildings to be in, as it is quite new with good technology built in that make the building absorb the shakes.  The displays were amazing, each depicting a real New Zealander and 2.4 times actual size, with incredible detail. 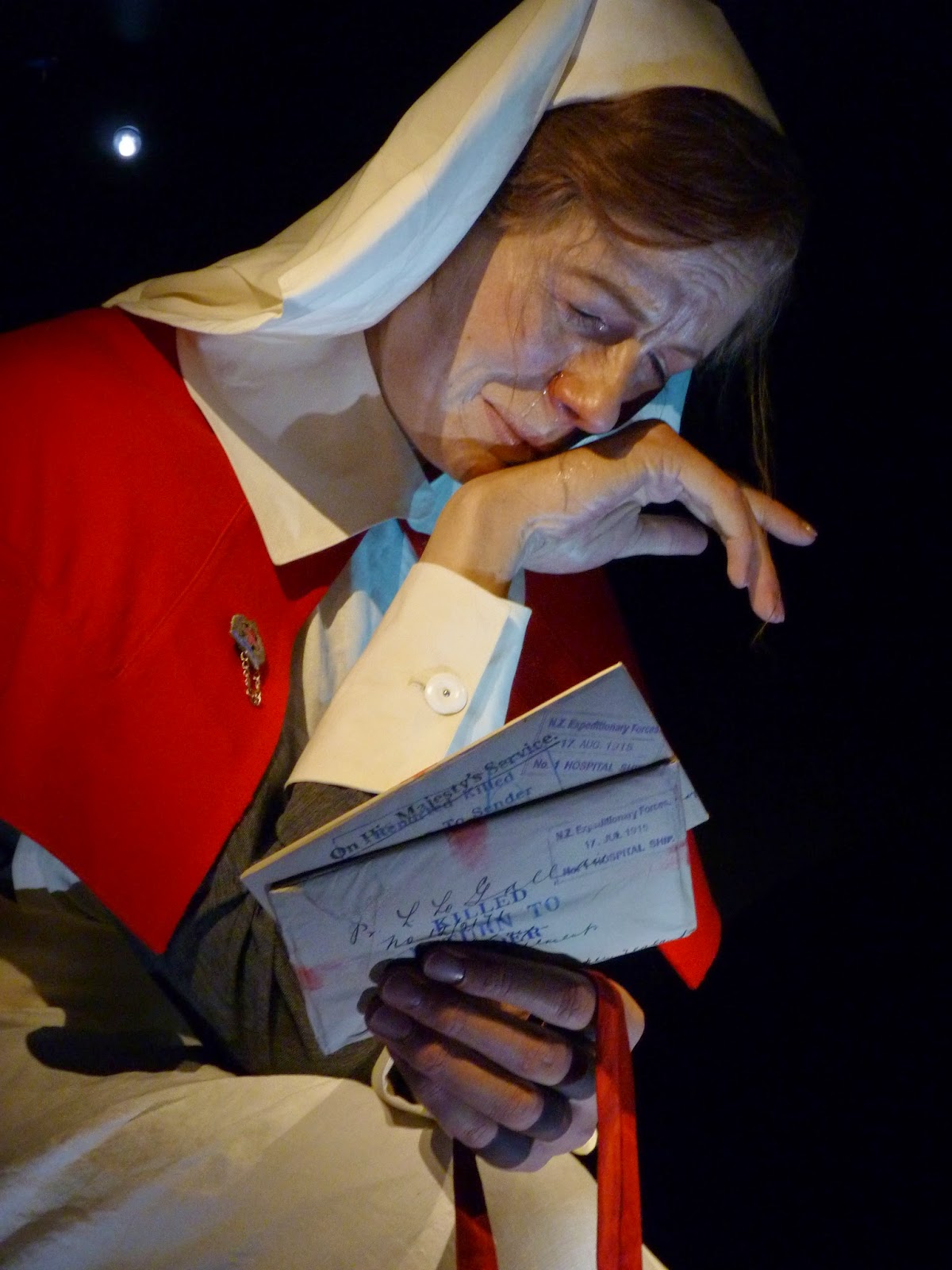 This one, particularly moving was of war nurse Lottie, on a hospital boat, who finds out that her brother had been killed four months previously at Gallipoli, and only finds out when his letters are returned to her.  Each envelope is marked that it is returned as he is dead.  So sad. 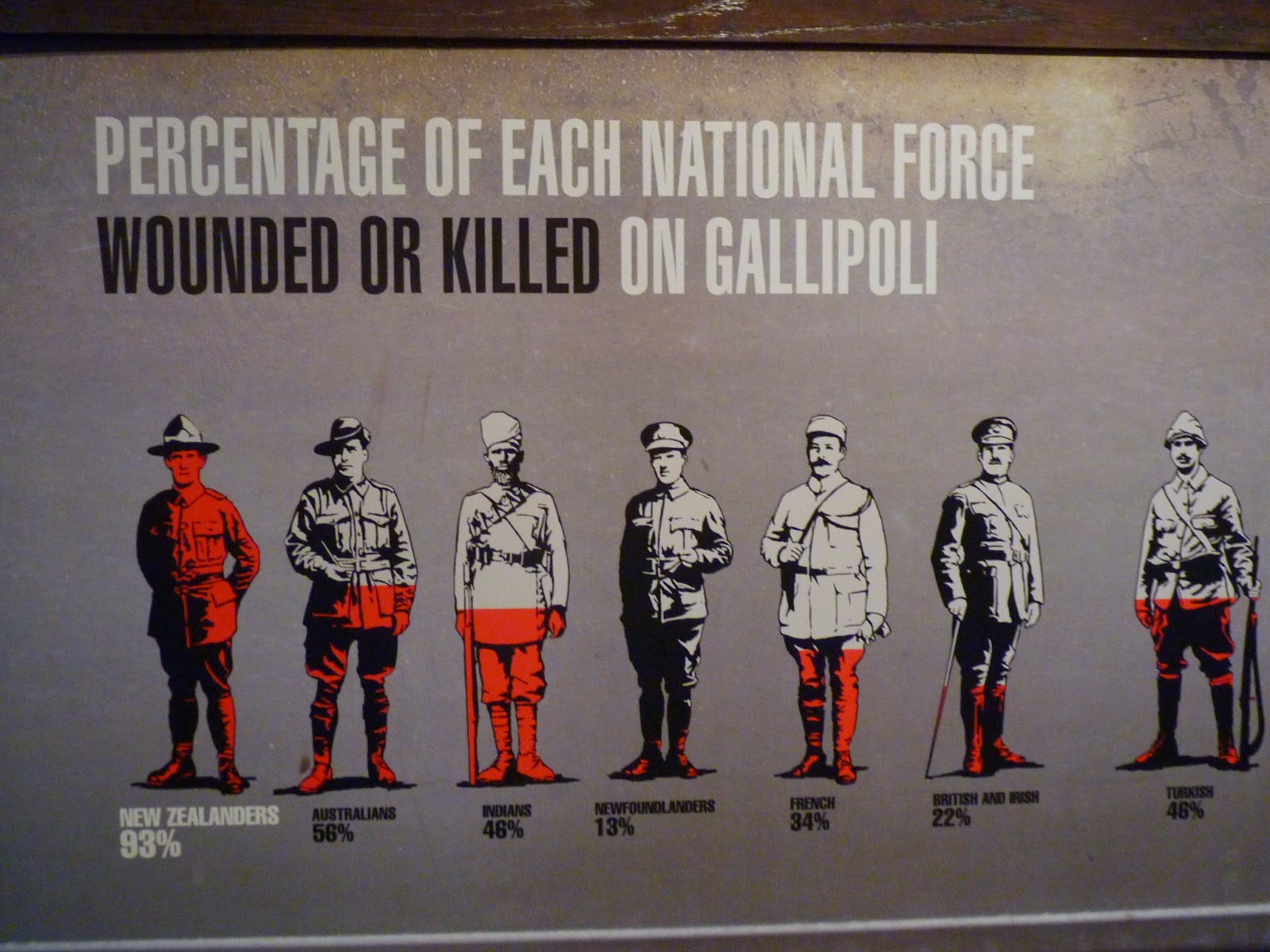 Tomorrow is ANZAC day in New Zealand and Australia and marks the 100 year anniversary since our troops landed in that small bay in Turkey.  Boys and men who travelled around the world to invade a country they knew little about.  The above pictures illustrates that 93% of New Zealand boys who went were either wounded or killed, more than any other force in that 8 months.  Another note at the display said in one of the battles 850 of our men were killed.  Only 8 of those were ever identified, the rest never found or in unmarked graves.  2 of those 8 were the youngest - just 17.  The age of my nephew. 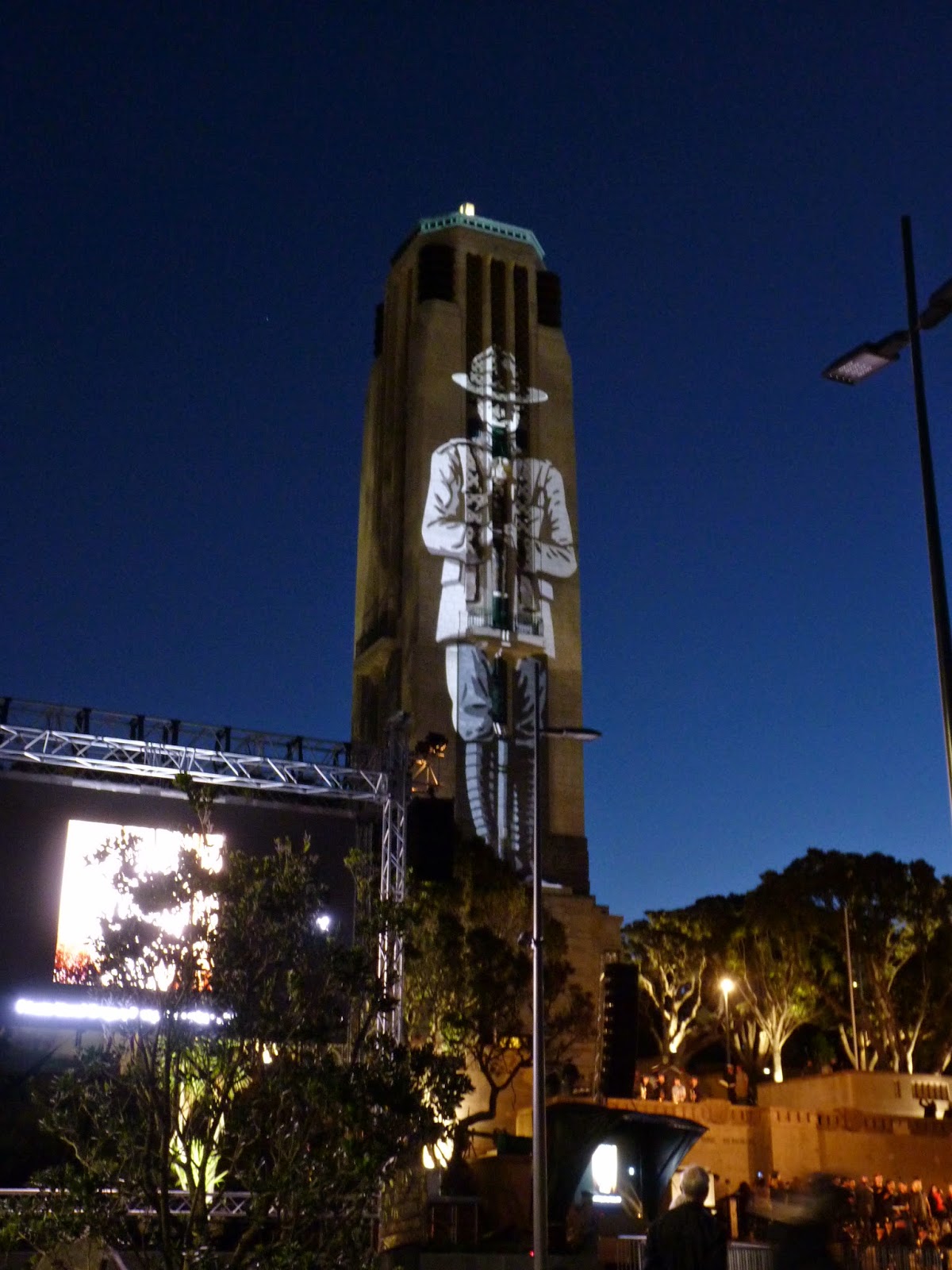 We then went for a light sushi train dinner which was nice, and wandered up to the National War Memorial which is on the way home.  They are practising for some displays tomorrow and there is a light show on the Cenotaph, which was moving.  We think of Great great uncle Pat, who served in France in WWI, Uncle Frank and Uncle Jack who served in WWII.  Our Uncles and cousins who served in the Army and cousins in the Navy.  We thank you. 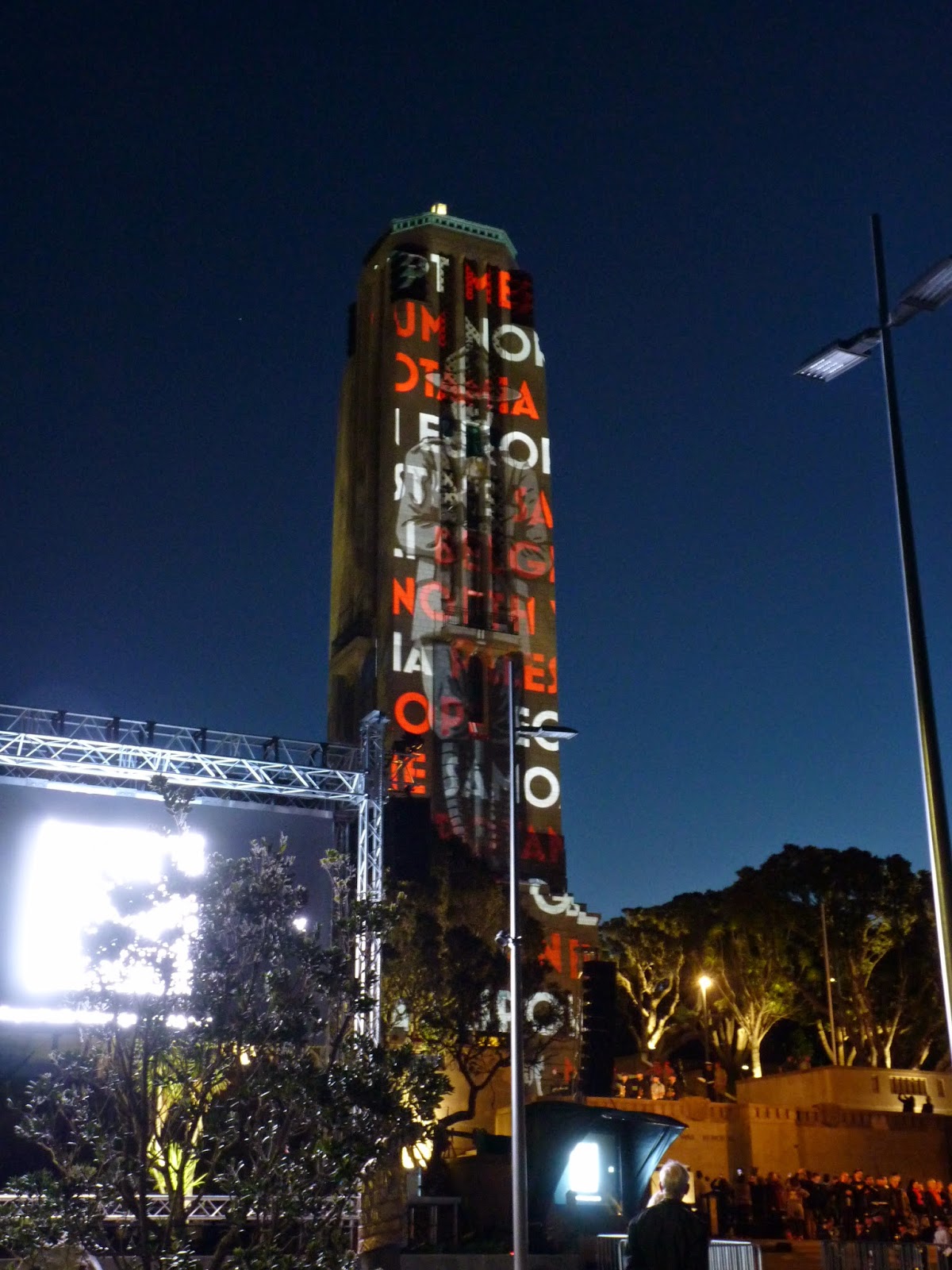