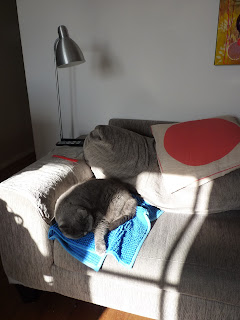 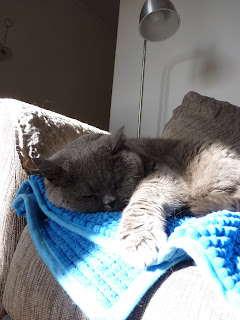 Mum believes she has solved the couch wars 2015 situation.  You see for the past two months, I have got very annoyed that the mumster would choose to sit at her usual end  of the couch, as it was my spot and I deserve it.  I also won't share and sit next to her, until she put this bath mat there.  So now I am allowed on it, but not to hog the whole side of the couch, and now I allow her to sit next to the mat.  So - it's a truce for the time being.
Posted by Poppy Q at 9:51 PM