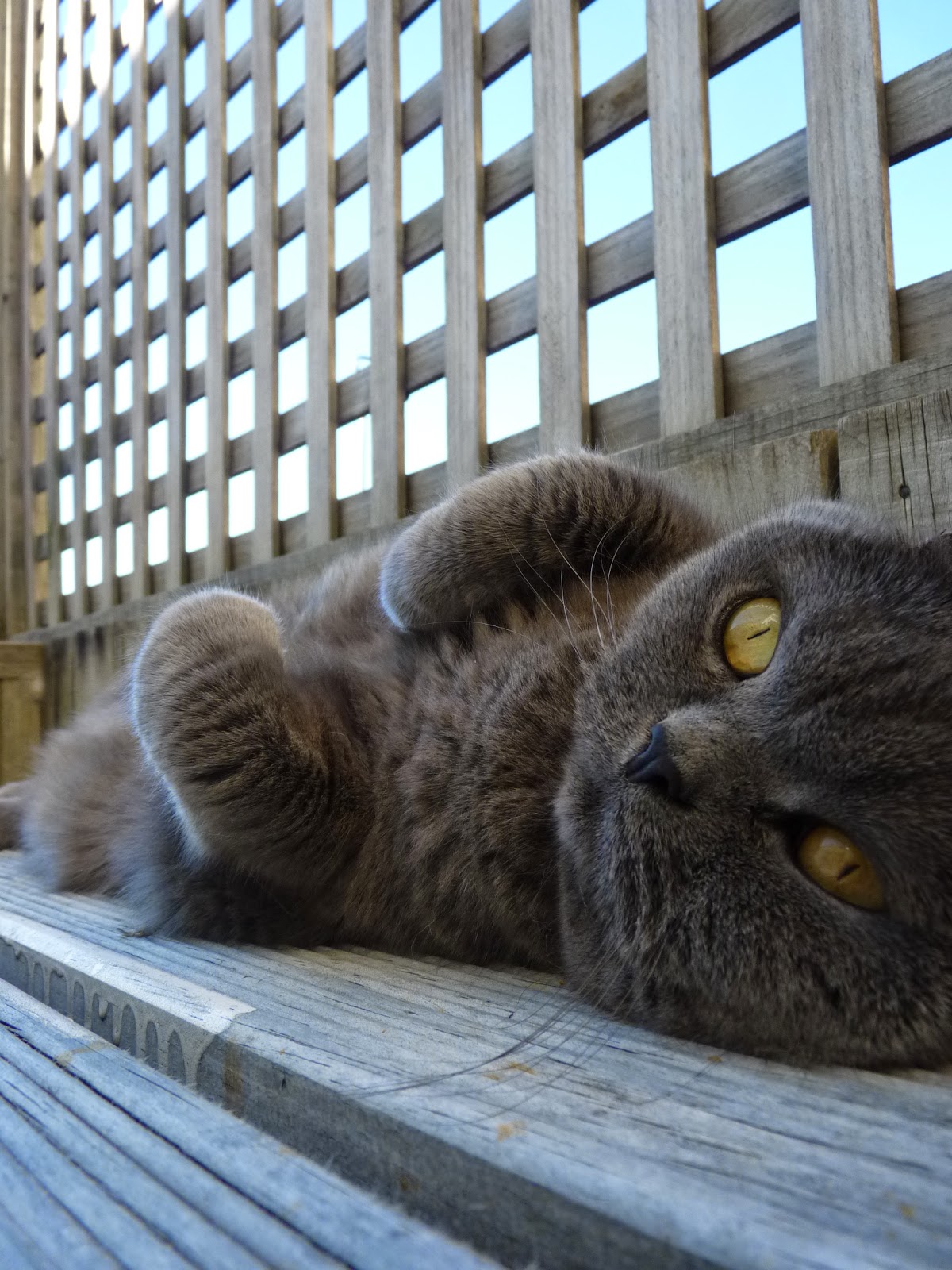 So there is a lot of controversy in our city from a big chappie Gareth Morgan, who reckons that pussy cats should all be locked up at night and kept on their properties, as they eat all the birdlife.  A lot of the statistics that they quote come from overseas studies, so the local boffins from the university put cameras on 10 local cats and studied what they did.  Surprise surprise most of the local kiwi cats spent their day sleeping or staring at stuff - hahahahaha!!!  We could have told them that.  They found that only one bird was eaten but 4 little lizards were chewed up.  Mum thinks that in 8 years of me being an inside outside cat I have caught two birds (although she is suspicious that they may have been dead when I found them), and about 10 mice.

Later they are going to study a much larger group of cats- we think they will find lots more sitting and thinking shots.

Tonight on the telly they were mocking our city again.  It is 16 degrees today - very warm for this time of year and it gave mum a fright after work, she thought she was having a hot flush as she felt so warm, but felt better when she got home and got her jacket off tonight.  No need for the heater to be on.

Enjoy your Thursday.
Posted by Poppy Q at 11:14 PM