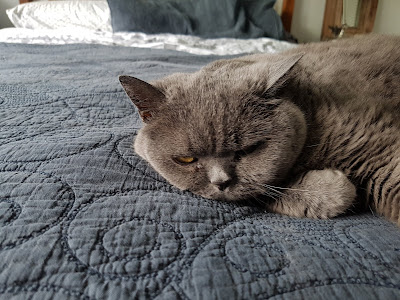 Mum went to work early this morning, and was home just before 5am.  She managed a couple of hours sleep, and then got up to get some washing out before she had to head into work.  She ate her lunch with a couple of colleagues, and there was a 2 minute silence to remember the victims from last weeks terrorist attack.  It has been a hard week and I think that everyone is still in shock.

Yesterday there were changes made by the government.  Owning military style semi automatic weapons is now illegal.  New Zealanders may still own guns - there are just rules around applying for a gun licence.  We all mostly believe that gun ownership is a privilege her, not a right.  This is not a forum here for any arguments about gun ownership.  We fully support the changes as I am sure 99% of Kiwis do.  It is a shame that it has taken such a tragedy to make such changes happen, but we are glad that moves have been made swiftly to protect the public.

It has been been hard to know what to do in response to what has happened.  It has changed all of us.  Our sense of security,  our feeling of safety in our corner of the world has been forever altered.  For someone to bring that kind of hatred to our shores,  is true evil.  Something we have never had to face before.  It is not who we are.

Anyways I have to send mum to bed - she has to work early tomorrow morning and needs to join me and get some sleep.