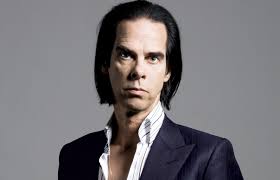 Mum was disapointed on Sunday night to feel a cold had invaded her body again, and spent Monday in bed reading and watching shows and had a big sleep in today.  Her main stress was that she had brought a ticket to see Nick Cave and she was so looking forward to it.  She had to miss Suzanne Vega last year as she was so ill, so this was her next concert and she couldn't believe that she was sick again.  So she loaded up on lots of vitamins and drinks and could feel her body fighting it, so by 6pm she thought she might be ok, so into town she went.

It was not a straight show, it was called An Audience with Nick Cave, that was a show of songs but the audience could ask questions throughout.  Mum thought that would be a bit annoying, but actually it showed how smart, thoughtful and witty the singer was.  His singing - oh mum was amazed by his talent.  It was just him and his piano and so many beautiful songs.  Oh and she only coughed a few times, and hopefully didn't ruin anyones good time.

She felt brave too, as this is the first concert she has ever been to by herself and it was ok.  She booked a seat at the end of row so she only had to sit next to one stranger, and didn't get there too early so she didn't have to stand waiting by herself.  Well done Mum.
Posted by Poppy Q at 11:59 PM