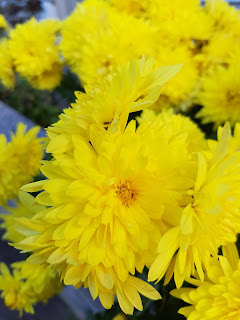 Mum got some groceries delivered today, an opportunity to get some of the heavy stuff like bottles and awkward big rolls of toilet paper that are difficult to bring home on a busy bus after work.  She got a text to say that they had been delivered, but there was nothing outside our house.  When she went to the website, it said to give them an hour or so to see if they were just delayed.  An hour later there was a knock on the door, and a young lady said that the groceries were dropped off at her house at the other end of the street.  She kindly then offered to drive the down in her car for mum and help unload them.

Mum thanked the nice neighbor who was so kind to help her out, and will pop into the garden center at the weekend to pick her up a nice pot plant to thank her.  It was a nice reminder that there are some nice helpful people out there - what we would describe as a good sort.
Posted by Poppy Q at 10:23 PM