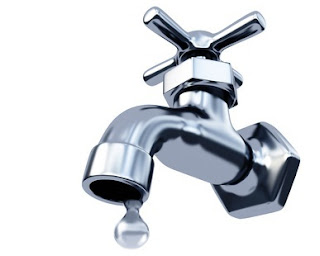 Our kitchen tap has been a bit of a pain for a while.  The landlord last year fixed it, but in the past couple of weeks it has been dripping, and now this past week has been running solidly and making a bit of a racket.  Finally with some days off mum has turned her attention to getting a plumber in to get it fixed.

She emailed a company this morning, who said they had a group of plumbers and professionals in her city to do jobs.  When she got home later there was a reply which slightly amused her as it said that they had such a rush of jobs on it would take at least two weeks to get someone to her.  They also had what mum thinks of us implied rudeness by commenting that as mum had sent her email after 5pm working hours it would not be dealt with until the following working day.  You think an online company would be smarter than that.  Just because they did not read her email until after 5pm does not mean that that was when it was sent.

So luckily mum has the day tomorrow to try again and see if she can try someone else.  The noise is getting quite annoying, and mum could do with the peace and quiet at the weekend.  As you all know it is a bit of a pain getting a tradie in to do a job, especially a small one, and when you are working full time and seldom at home.  Sigh!